Changing Lives – One Journal at a Time 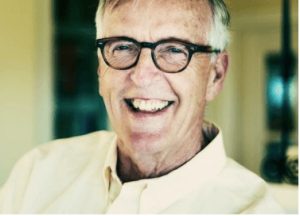 This past May, Bill Israel completed the 6th in a series of INTENSIVE JOURNAL® workshops at William Head Institution on Vancouver Island, BC.

The program inside the federal minimum security prison is titled FOUNDATIONS For the Preparation of Personal Release Plans and has been offered to inmates since 2016. With special consent from the staff of Institutional Parole Officers (IPOs), the inmates who volunteer for the 12-week course are permitted to write privately in their “Journal Workbooks”. To date, nearly 50 federal inmates have been awarded certificates for completion.

By mid-June, 2018, a seventh consecutive FOUNDATION workshop, with10 men, mostly “lifers”, will get underway, This is the only program of its kind in the Canadian Correctional Service system. It also appears to be the only prison program of its kind in North America. The “course” has been enthusiastically received by inmates and positively supported by the IPO’s and prison administration at William Head.

Here is what a few participants have to share:

“…. the course helped me to see my life in its totality, beyond petty concerns, (and how) to “present” my life to (the Parole Board). If I want them to see beyond my crime and incarceration, I need to see my life in this way first – and feel and move within it accordingly.”

“I noticed that most of the other guys felt the same way I did. This is evident by the fact that I think we had 100% attendance. The guys were on time and very respectful of each other. This is rare.”

“Yes (it was helpful) because I started to think about so many times in my life that I avoided thinking about. I was not afraid to go there anymore.  I understand much more now about those times and it has helped me gain confidence that I am not an accident waiting to happen as portrayed by (my Parole Officer).”