The Ecological Footprint of Death 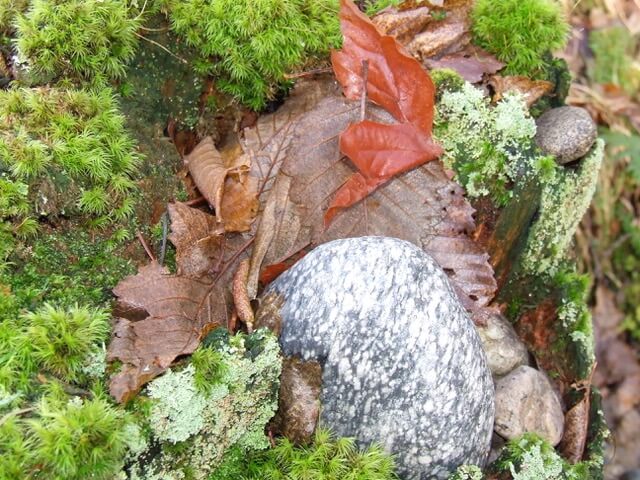 “I don’t really care, I’m not going to be here,” she said matter of factly.

The question we had asked in our Living Well – Dying Well program was – what, if any, plans for the care of your body after death, do you have?

As the talking stone passed around the circle many spoke of decisions made about cremation and where they might like their ashes spread, some were becoming curious about more natural burial options, while others had not considered the idea at all.

It was a few years ago now, but what stays with me is what the same woman said on the last round of sharing.

With bright eyes and a wide smile, she looked at the group and said, I had no idea how this might impact my community or the earth! And further, that contemplating this could be so joyful!!

After each new LWDW program completes I continue to revel in the joy and lightheartedness many participants leave with to continue to explore their own end of life and how it will impact family, community and the earth.

Avoidance of death in this culture is probably one of the contributors in the transition from being humans to consumans!

Somewhere along the way we forgot our great responsibility to each other in death, and most importantly to our home – mother earth. By paying others to take care of most of our death care, rather than a sacred time that includes family, community and the earth, death has become a commodity-based experience for many.

My father would always say, we have a plot with room for eight in the cemetery behind the 100+ year-old Anglican Church in our Ontario town. He comes from a small village outside Ottawa where open casket wakes, funeral processions and community engagement were the norm when a villager died.

As a ten year old I remember the long procession of cars as we drove behind the hearse carrying my Grandpa Carmen’s body. After several days of folks gathering in my grandparent’s home, an endless flow of food through the kitchen, greeting most of the people in the village, an open casket wake and funeral, we followed the black curtained hearse through the village to the cemetery. Traffic stopped all around us, car lights on to acknowledge our loss. Something big had happened in our lives and the acknowledgement of everyone we passed created a palpable sense of belonging to something larger.

My grandfather’s body had to be left in a receiving tomb / vault as he died in February and the ground was too frozen to facilitate burial. We returned in the spring to place his body in the ground.

In those days after-death-care in the village had already changed from being more family centred to funeral home centred, with embalming for wakes and large embellished caskets the norm.

What this era of funeral care didn’t consider, was the impact of embalming and burial on the earth, not knowing a baby boom was underway. Much like many things in the 60’s and 70’s, the earth wasn’t considered, nor the impact of a growing practice of placing cement vaults to prevent erosion of cemetery grounds and other toxic metals and paints on finely adorned caskets, placed in the earth with nary a thought for the morrow.

In fact, we started to protect the body – from the elements it is made of, and thus lose a potential resource for the regeneration of life on the planet.

With 916,000 baby boomers in British Columbia alone we need to question practices that impact the earth in negative ways beyond our time here, and the reality of global warning now challenges cremation as our current best choice.

Our inquiry and curiosity can lead to decisions that are a living legacy for generations to come.

Nelson Henderson said, The true meaning of life is to plant trees under whose shade you do not expect to sit.

Maybe we – or our bodies at least – can not only sit, but be part of the nourishment of plants and trees the next generation will come to sit under. Natural or green burial is available here in our community at Royal Oak Burial Park, as well as in a growing number of places in the province and across the country.

I share this as an invitation to explore the growing number of options you have for after death care. Better still, join our next Living Well-Dying Well program to learn more, or attend one of our evenings on The Ecological Footprint of Death – Your Living Legacy!

You may not be here, but your choices will impact the life and joy of generations to come! May we become informed and choose well!