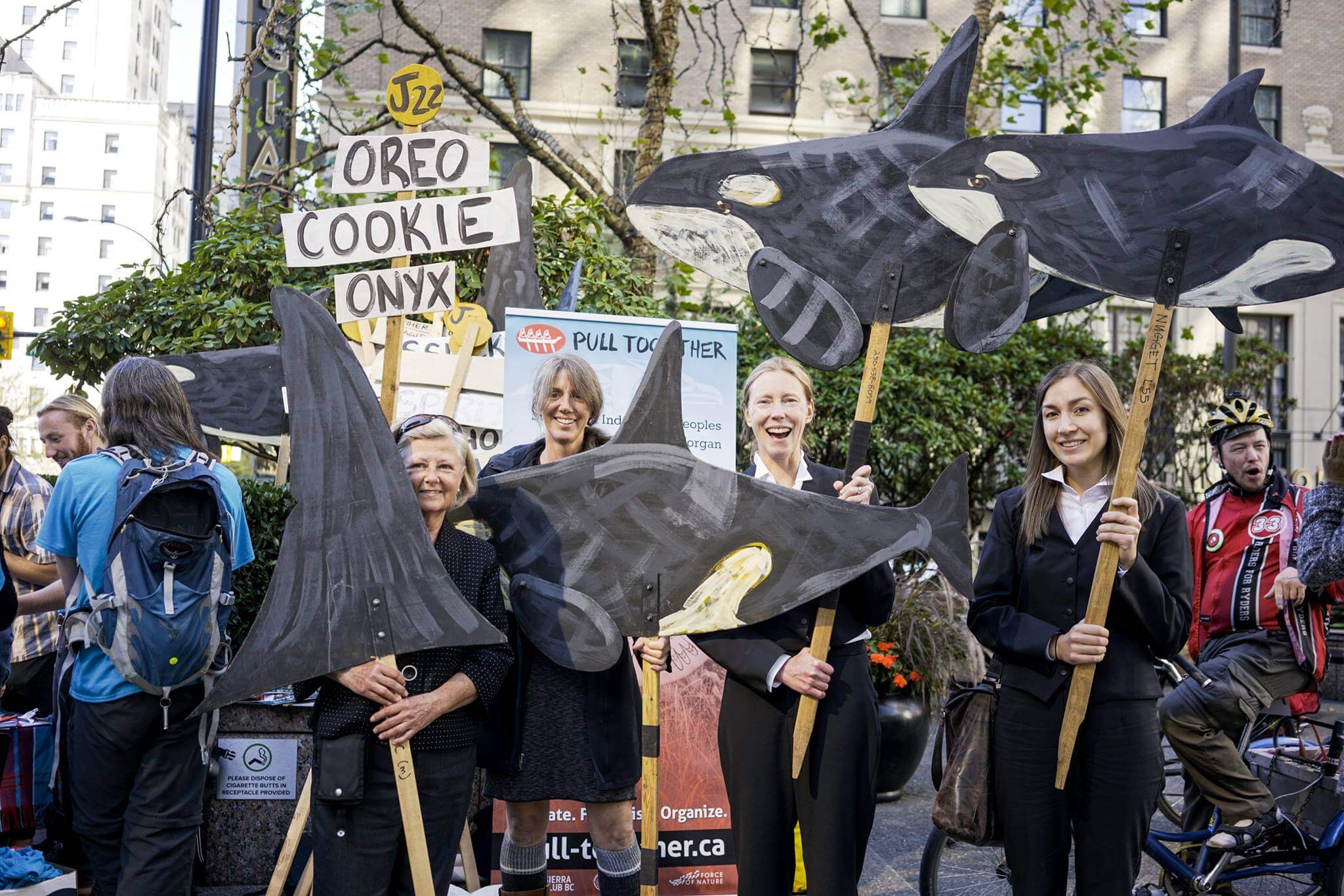 THE PEOPLE vs KINDER MORGAN

Brilliant sunshine greeted the first day of the massive Kinder Morgan legal challenge in federal court in Vancouver.  The morning opened with legal arguments from Tsleil-Waututh Nation challenging the feds’ failure to consider marine shipping in the approval process – for a project whose chief purpose is marine shipping of dilbit by supertanker.

An extra-long lunch break allowed for The People vs Kinder Morgan to have their say in the outdoor plaza.  Close to 500 people rubbed shoulders with Orca puppets (with names and pod affiliation) and other creative signage, and were welcomed by Tsleil-Waututh Councillor Charlene Aleck.  The rally heard from Reuben George (Tsleil-Waututh Nation’s Sacred Trust), Chief Lee Spahan (Coldwater), Grand Chief Stewart Phillip and vice-president of the Union of Indian Chiefs, Bob Chamberlin.  We all sang along to the four directions, led by the Daughters of the Drum.

The afternoon sitting was devoted to argument by the Coldwater Nation, focusing primarily on Kinder Morgan’s impact on Coldwater’s aquifer and drinking water.  The Coldwater legal team argued eloquently that ‘approve project first, study impacts later’ was neither lawful nor consistent with the honour of the Crown.
Seven First Nations, two cities and two environmental groups will be in court for nine days.

Help generate educational initiatives in support of our resident Orcas and the Salish Sea.

Select Orca Soundings from the drop-down menu of funding initiatives.