Part 2: No Fuss, No Funeral, No Service

No fuss, No funeral, No Service 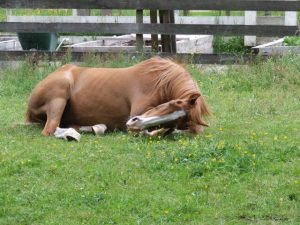 Grief is a somatic experience, meaning our bodies, neurologically and physically are attuned to the deep loss of someone close to us. Gathering together in ceremony can allow us to digest our loss in a larger container of care – in community. Something profound has changed in our world. Slowing down, breaking the spell of daily life and being with others when a death occurs is a bio-need. Animals seem to know this better than humans – how to tend the immediacy of loss, and ceremony as a natural response.

When our horse Kal died, our other horse Dancer, a fiery, Arabian gelding with a copper tinged mane, began to pace in the corral. I wasn’t sure what he would do, and didn’t want him to hurt him self or someone else, so contained him in a separate space.

As I began to bathe and bless Kal’s lifeless body, brushing out his mane and tail, Dancer began to pace back and forth across the end of the corral on the other side of the fence. He shrieked in high pitched squeals, stomped the ground with his front hoofs and at times pushed the full weight of his body against the fence.

Frightened by the force of his movement and sound, and still concerned for his safety, I sat on the fence and attempted to calm him with my voice, It’s okay, it’s okay I cooed in my unconvincing, weak and grief stricken voice.

Something in me knew it was not okay he was alone in the corral. Exactly who was I keeping safe? I wondered.

Suddenly, my body, informed from within, slipped down from the fence and spontaneously began to move with Dancer, stomping and striding with him. I wailed Kal’s name, keened and moved with my equine friend in the container of the corral.

Time stood still while we made our grief dance together, choreographed through our bodies and voices rise and fall in a strange song, never before heard and never to be heard again. Later, I realized it was probably the most unselfconscious and uninhibited moment of my life.

At some point we both came to a kind of slow walk, passing each other as if now contained in a labyrinth. Frances Weller in his book, The Wild Edge of Sorrow likens grief to a slow walk in no direction.

As Dancer and I walked, passing one and other in the corral I intuitively knew what to do next. I went to the barn for his halter, and placed it on his now relaxed and welcoming head. We walked together out of the corral and into the larger field where Kal’s body lay. I removed the lead and set Dancer free. Immediately he threw up his head sideways, bucked and ran directly to his friend. Dancer stopped and stood for a moment, then slowly circumambulated Kal’s body, pausing to sniff, nuzzle and then lick his friend in various places. He circled him a few more times while I stood still watching.

I resumed bathing Kal’s body with lavender and rose-petal infused water while Dancer stood watching me, occasionally circling again. Sometimes he would take off running and wailing, and then return. At some point we both stood silent and still beside Kal’s body.

It was June and the wild roses were in bloom. The 10-year old daughter of tenants who lived on our land, returned from school. For years she had ridden Kal home from the bus stop at the end of the long dirt road to our property, hosted birthday parties where Kal was the favored guest, offering them rides on his back.

She and I quietly and spontaneously picked roses. She wanted to write his name with the petals on the exposed side of Kal’s large, still body. The wind quickly caught them, and blew the pink tear shaped petals across the field as fast as we could make the letters. We sang to him and thanked him, laughed and cried our big tears over his body. We wished him well in his next journey as we looked off across the field in the direction the wind was blowing the rose petals, feeling he was already on his way in that direction.

That night we buried him in a 7-foot grave as the day turned to night and stars twinkled overhead. We lit a fire in the fire-pit and shared stories and the sadness of our loss.

After several more ceremonies for two more old and wayward horses, our Vet said, Penny, your horses have had better send-offs than most humans I know.

I realized that living in Ontario until I was twenty-four I had experienced many wakes and funerals for family and friends. After moving to the West Coast I could count on my one hand the number I had attended.

Many people have wept openly as I’ve shared this story of my horses. Offering ceremony for my equine friends allowed me to digest the loss of their big presence, as well as many other un-grieved losses in my life. The natural desire to move with grief, as Dancer modeled for me that day, shifted my body in ways unimaginable.

I’ve become curious about our species capacity to override the natural impulse to gather and grieve, unable at times to pause for a moment from our important work lives and obligations when a death occurs.

I wonder about the weight of this, the layers of grief and what happens when a culture speeds up faster than the capacity to digest its dead?

When people ask why I’m so inspired to create ceremony with and for people at the end of life, I say Mr. Reid, the experiences with my grandparents, the Mexican and Balinese people and especially my horses have all inspired me.

Grief is not a burden to bear, but a slow and sometimes fiery walk with loss, which honors and acknowledges our capacity to love well and deep. Sharing the experience in community just may release the pressure of needing to outrun, outwit, out-buy and outlive our own death. Now that’s a weight, the earth and all her creatures can no longer bear.

Penny Allport is a Life-Cycle Celebrant, Home Funeral Guide and a certified Insight Funeral Celebrant, Board Member for The Centre for Earth & Spirit and Facilitator of the Living Well – Dying Well program. Penny offers end-of-life care in the form of support with Advanced Care Planning and other practical details, as well as guidance in bringing ceremony and care aligned with the personal wishes of the dying.